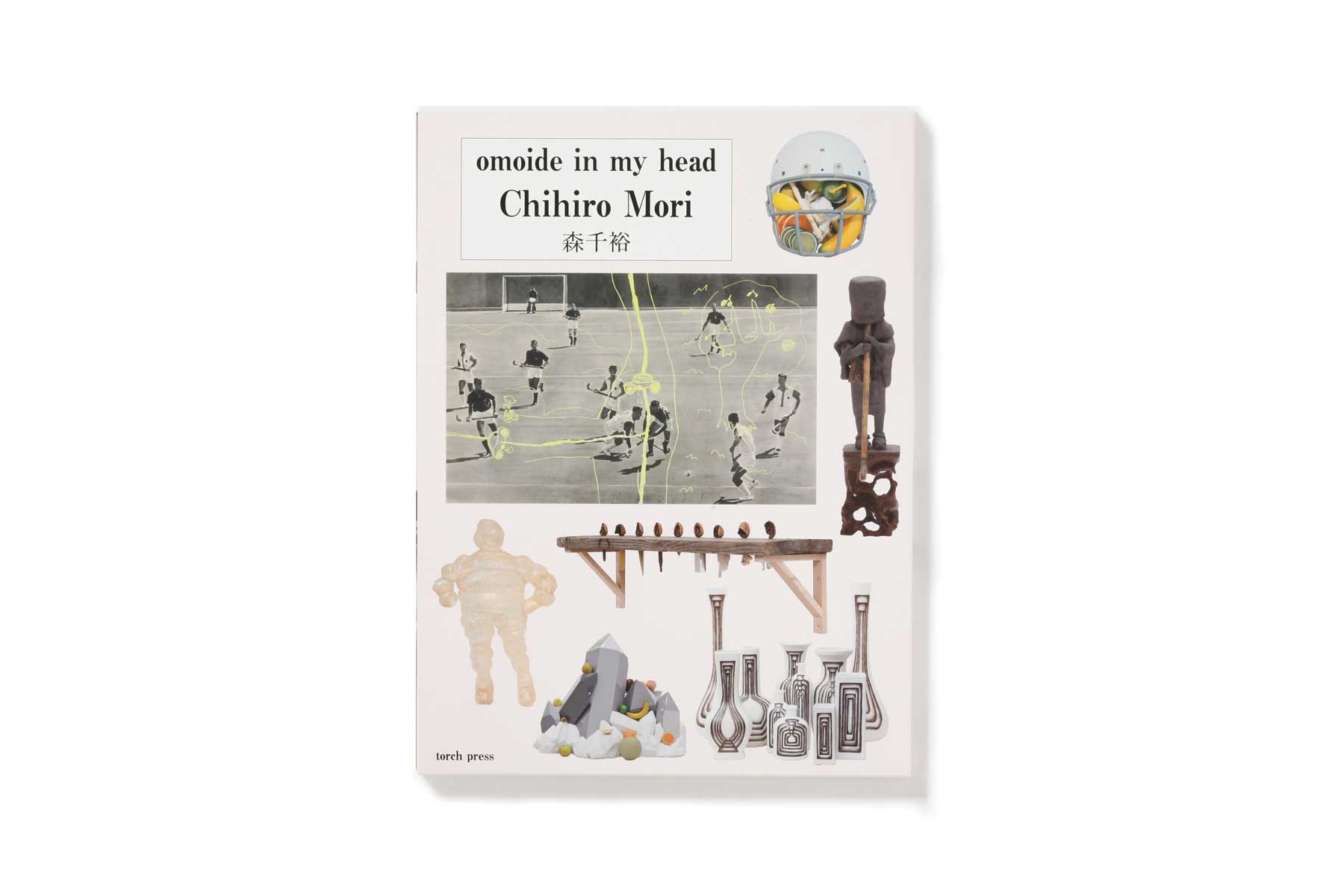 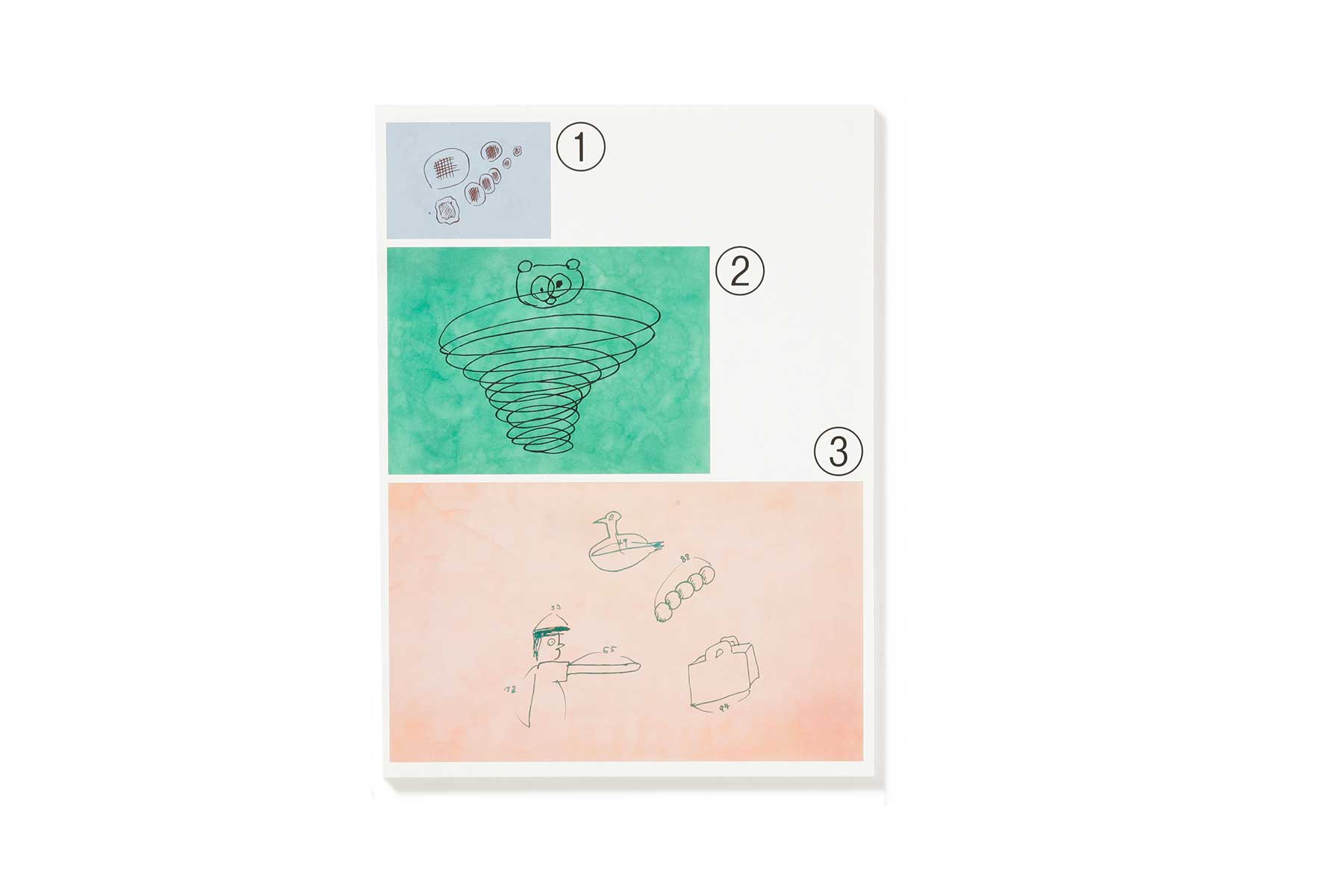 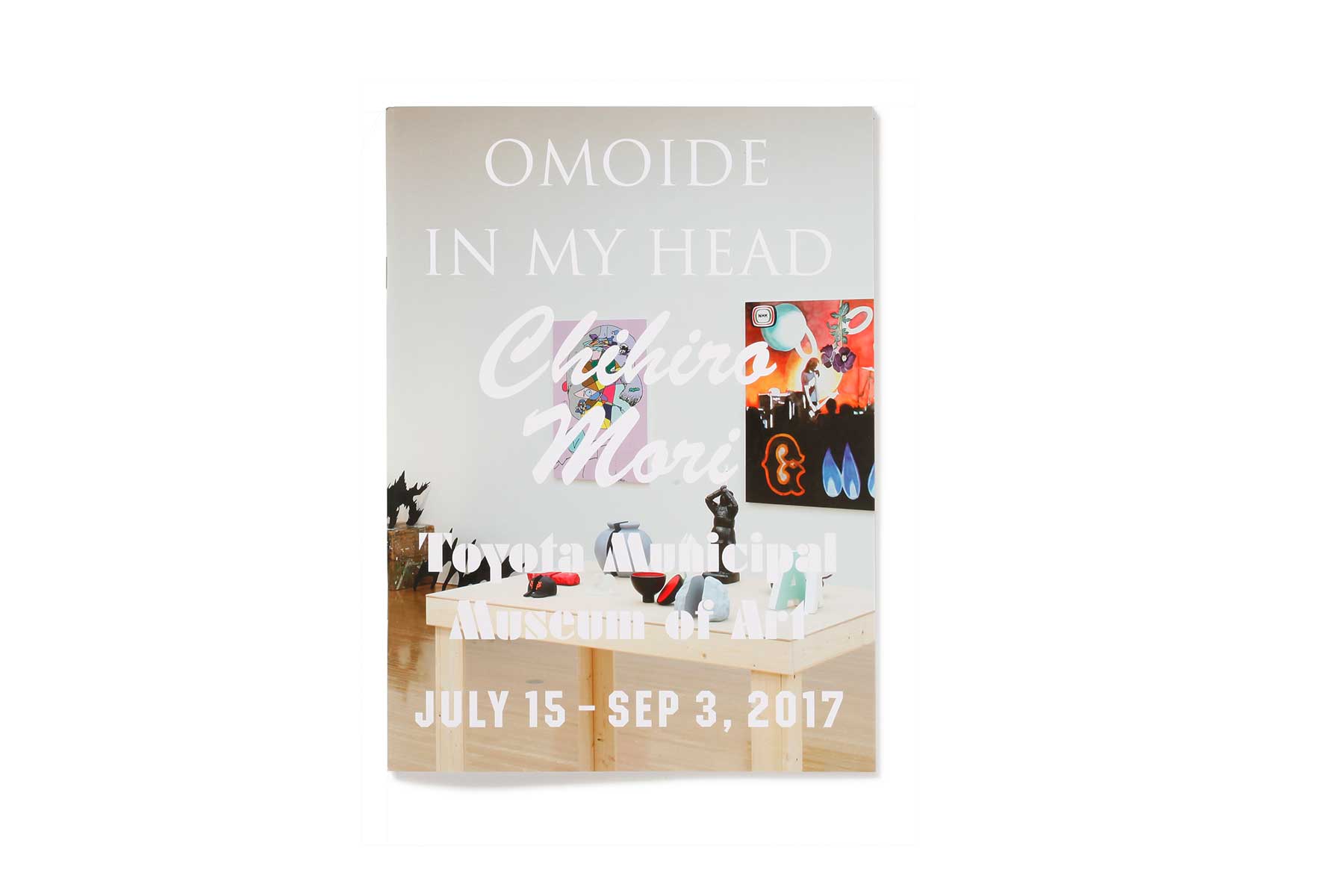 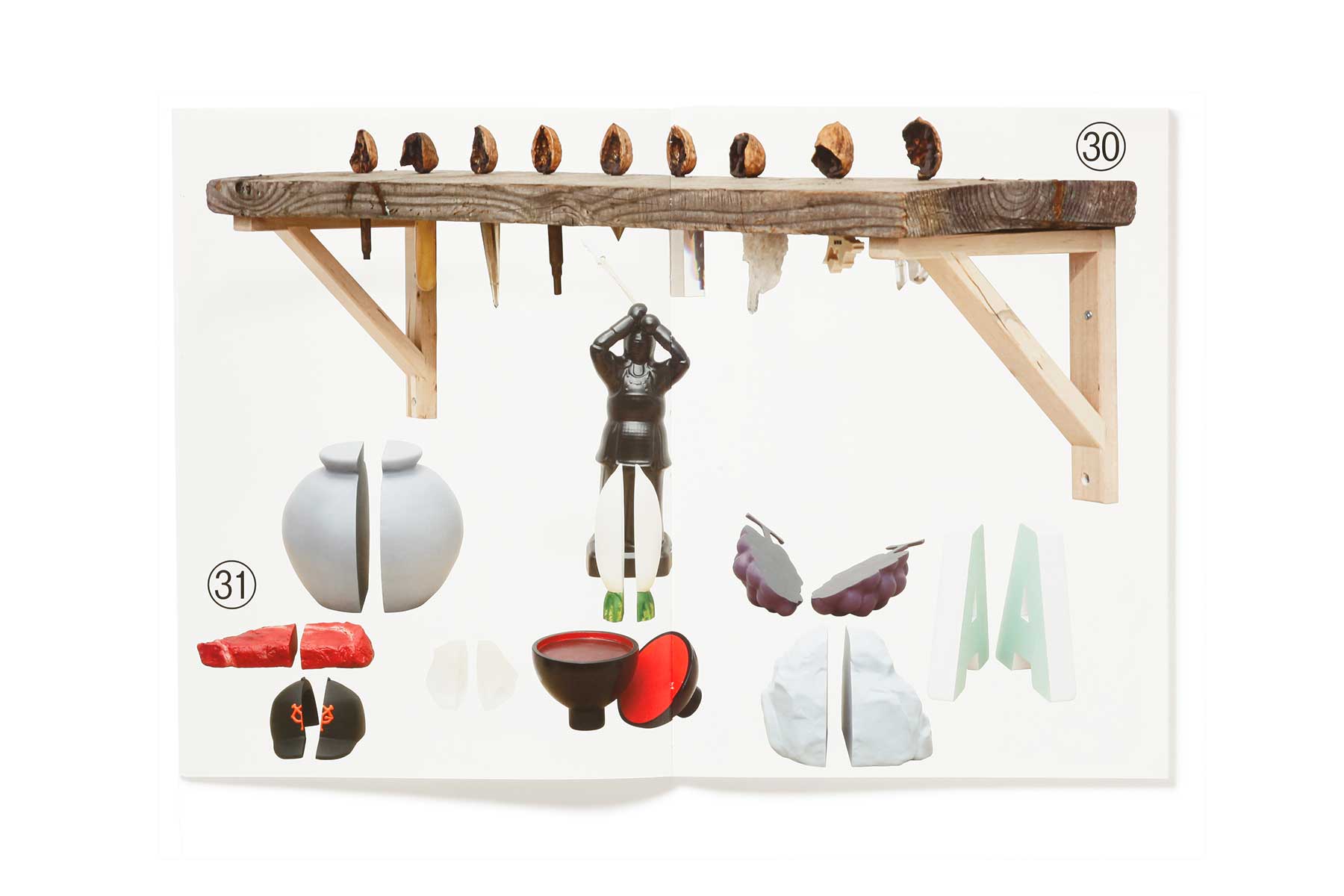 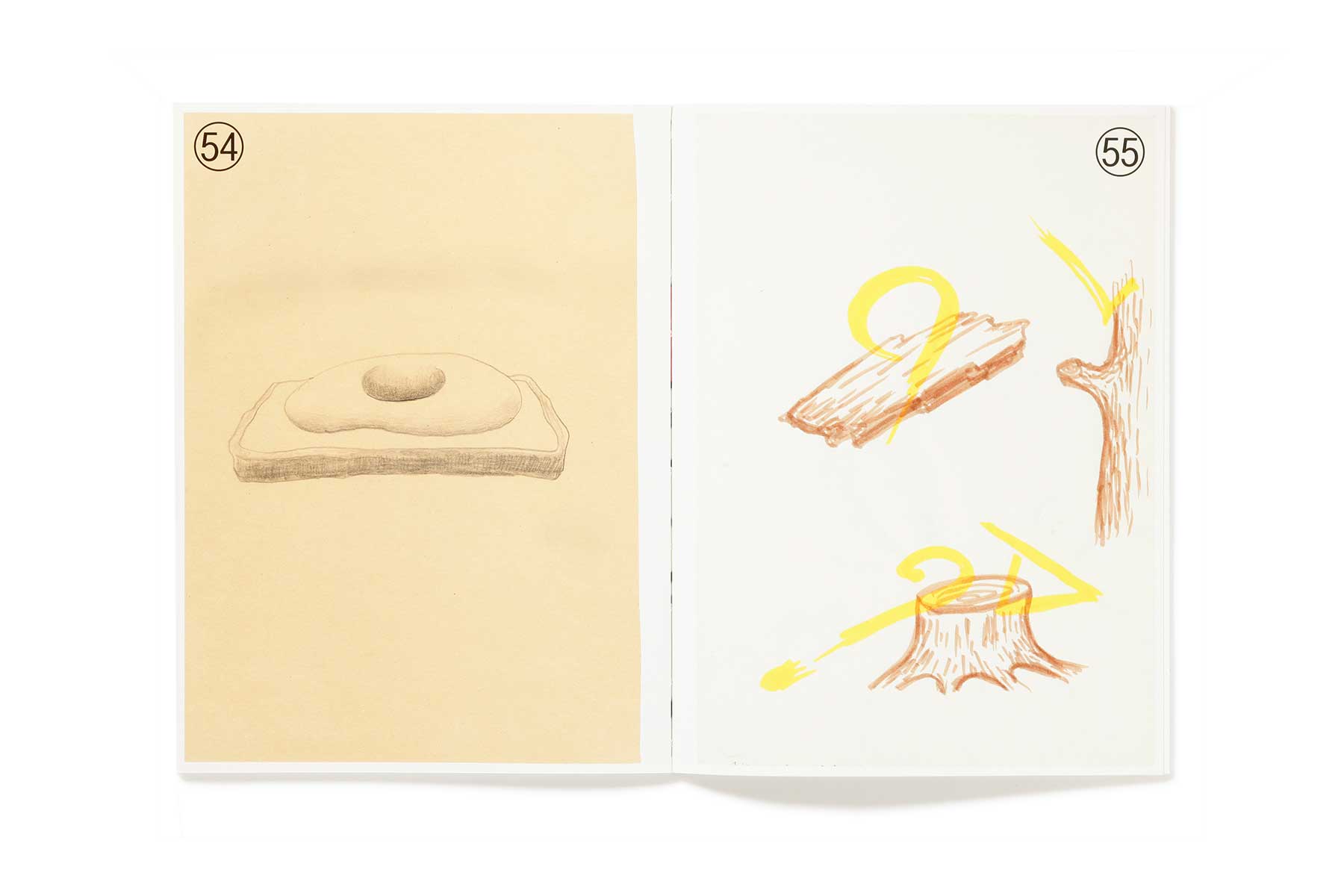 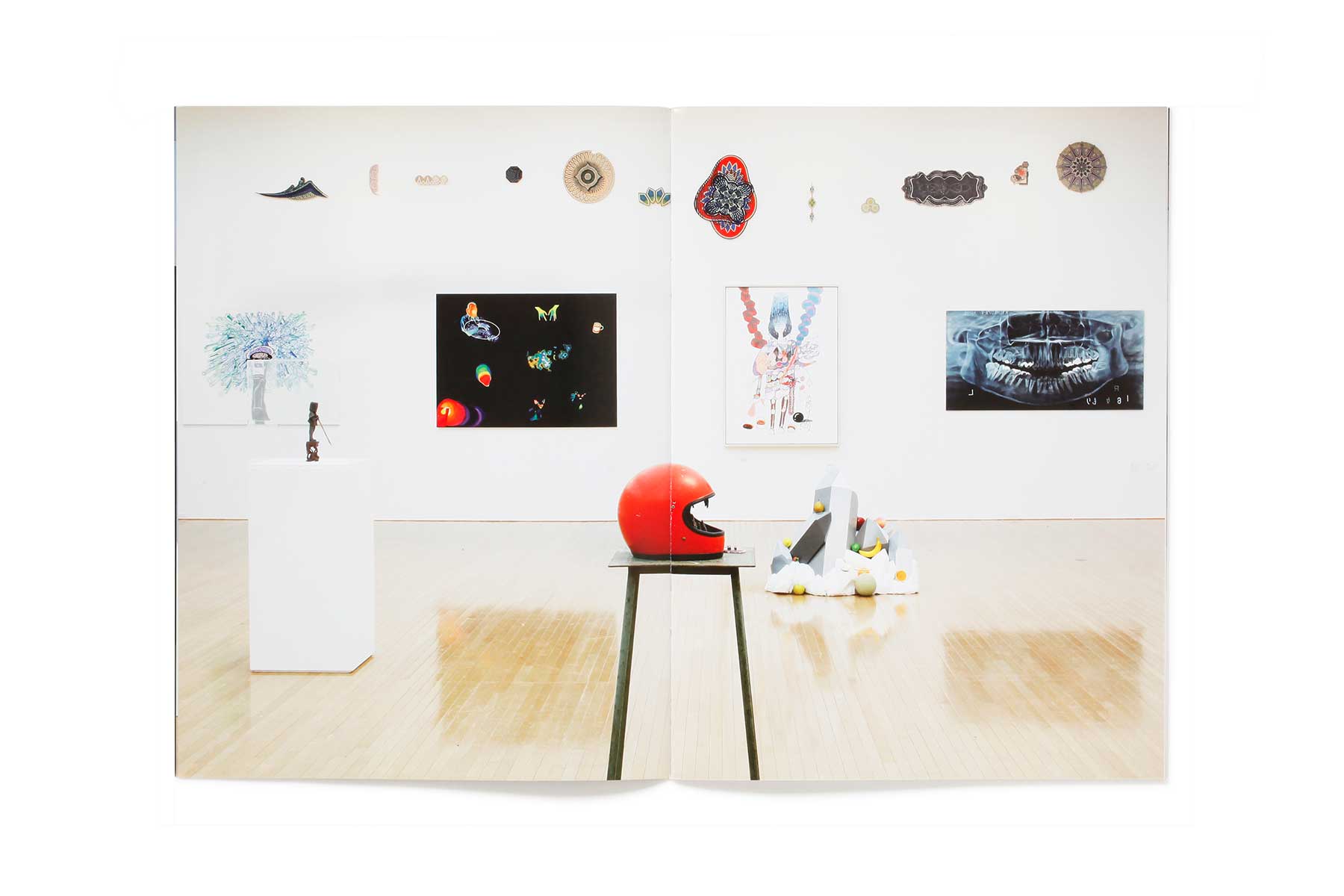 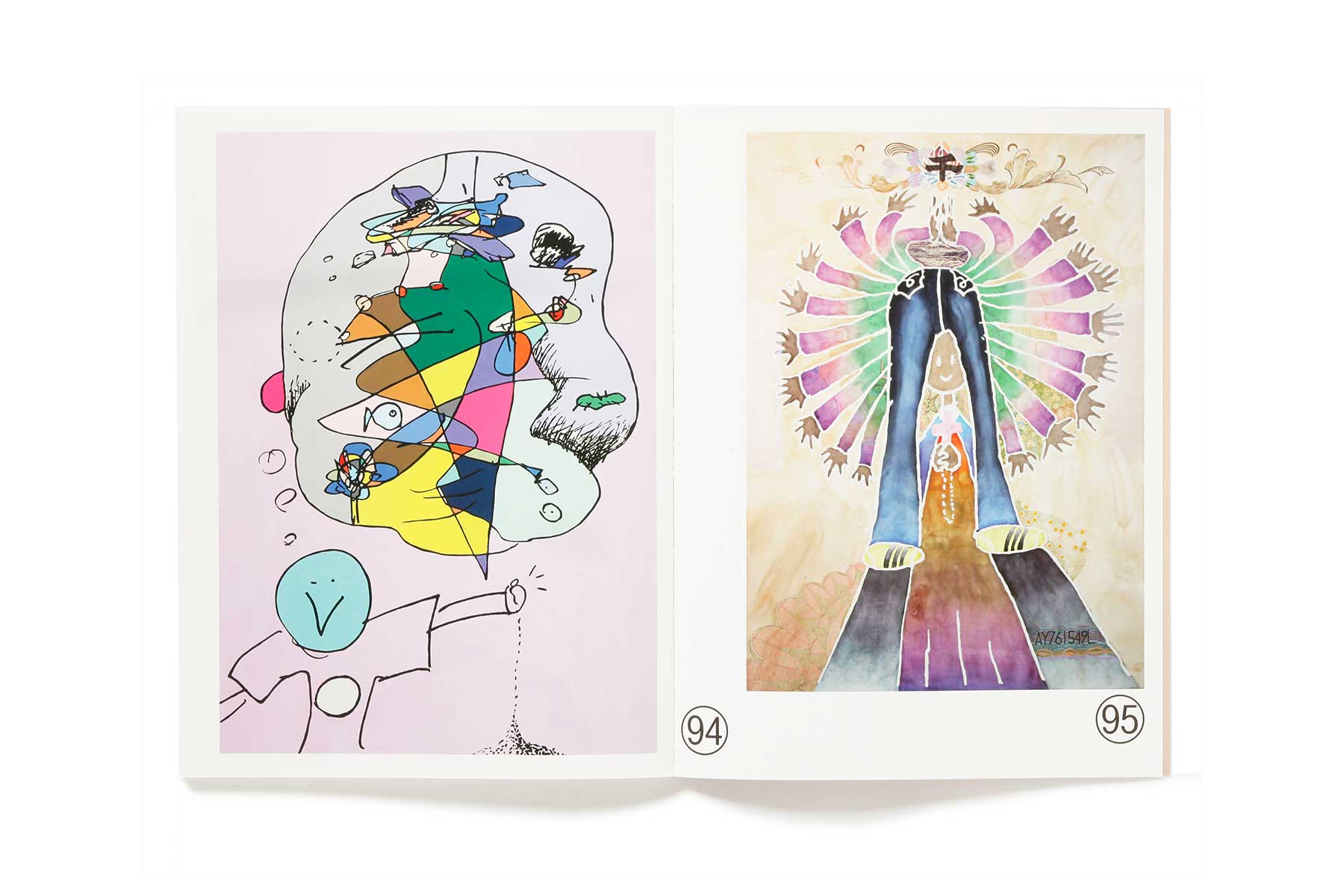 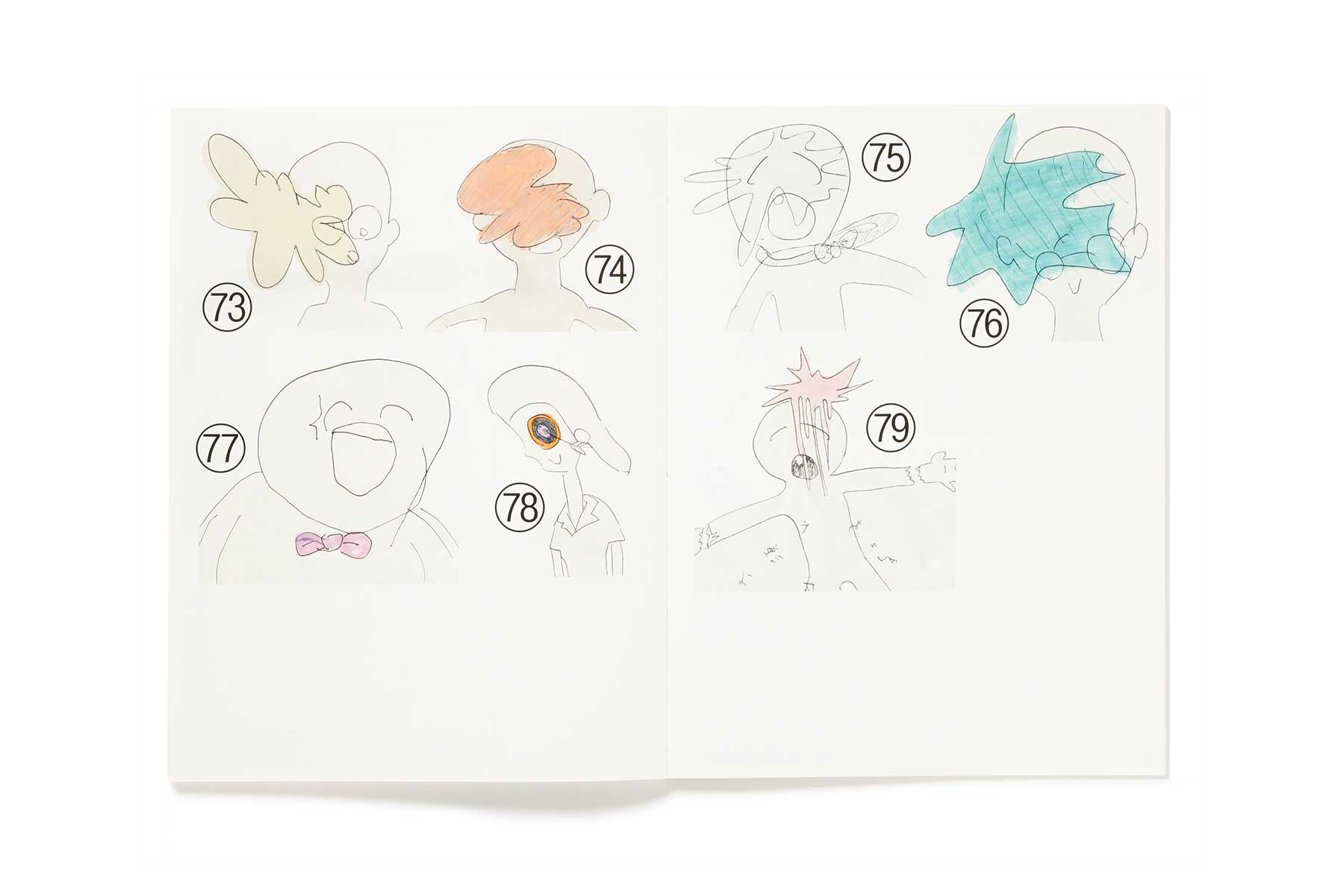 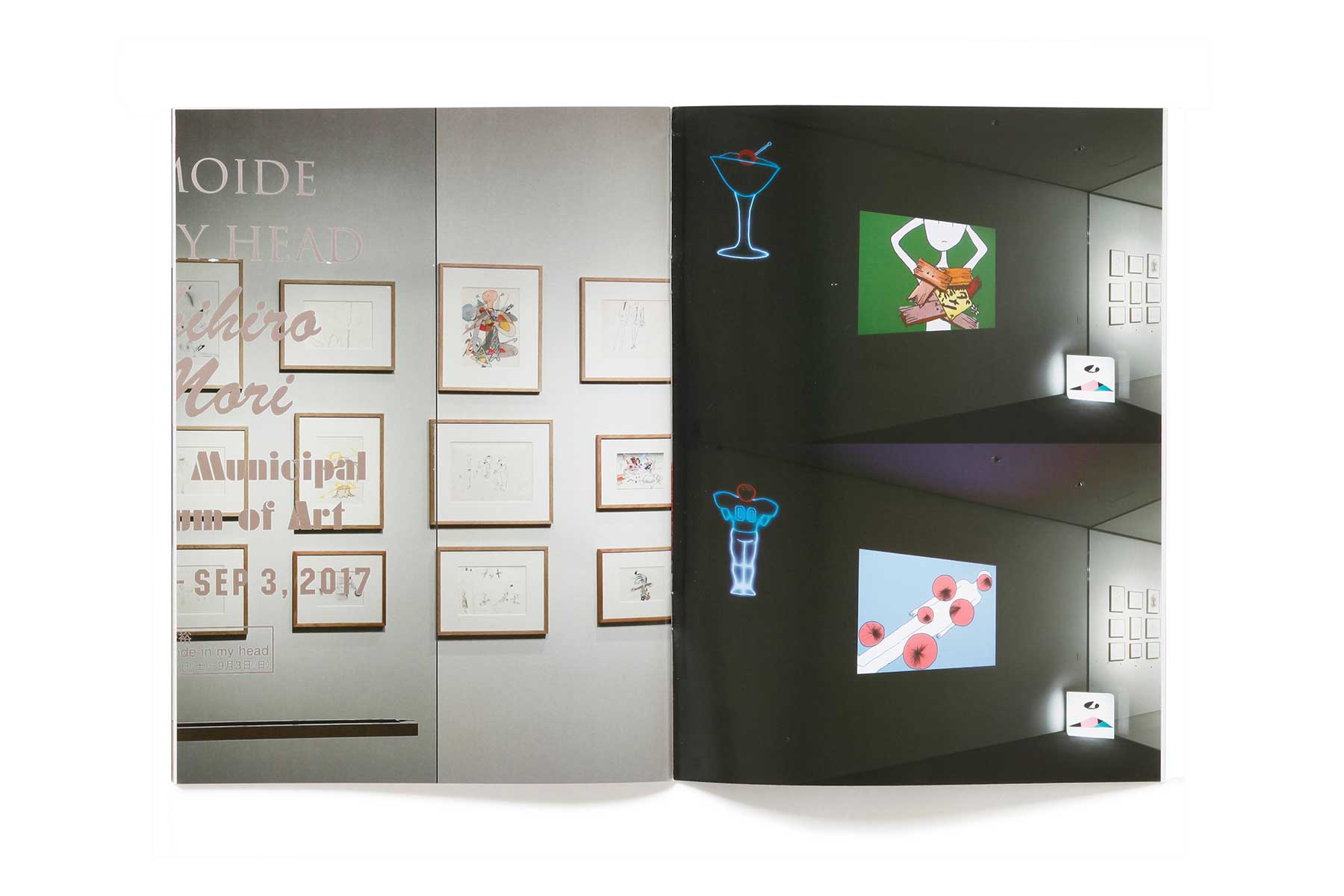 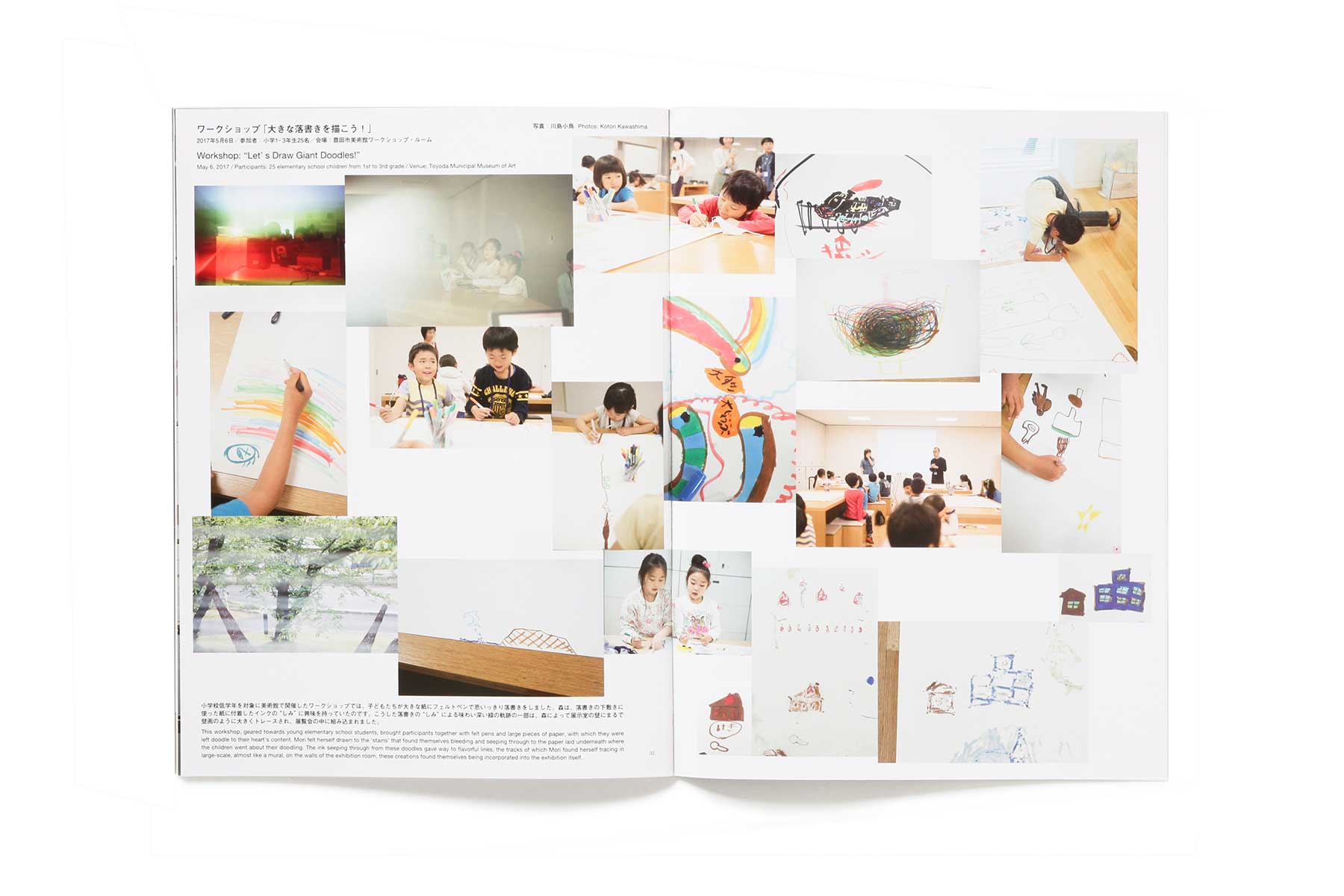 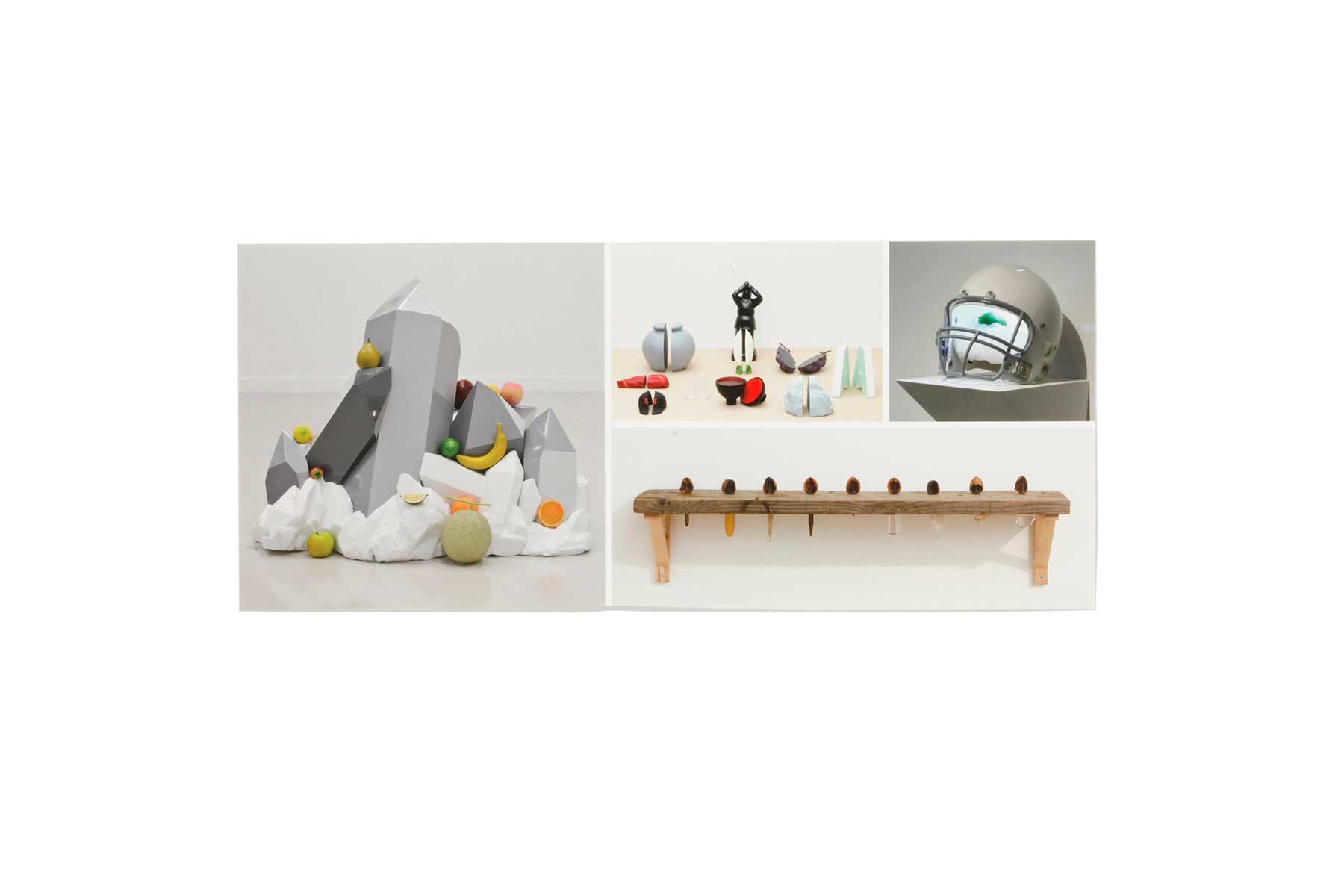 Chihiro Mori – omoide in my head

Chihiro Mori takes as her compositional elements fragments of the everyday gleaned from her unique observations of the world and weaves them into works of art, creating mysterious realms both beautiful and unsettling. In these works, she draws on her memories and things shaking up her world — the text of signs and logos she spots as part of urban living, the pictures she loved to draw as a child, the unexpected phrases thrown up in conversations with people — and expresses them with a healthy dose of humor. In Mori’s graffiti-like paintings and unique sculptural works linking the institutional and the incoherent in a manner devoid of context, viewers will detect immeasurable imagination stretching beyond the bounds of reason, and an ability to rearrange social conventions and rules to the artist’s own liking.

This volume, serving as a catalog for Chihiro Mori’s first solo museum exhibition held at the Toyota Municipal Museum of Art, presents an amalgamation of Mori’s paintings, drawings, photographs, sculptural works, video works, and other compositions – both new and old. Contained within is a set of two volumes – featuring a collection of works replete with her various compositions, as well as a booklet presenting texts, installation views, records of Mori’s workshops for children, and more. By way of a daring design layout, prepared by Kazunari Hattori, Mori’s out-of-the-ordinary aesthetic finds further expansion in this volume.

“The momentary deceptions of sight I’ve seen in the midst of life in the city, the dreams, and the fragments of memories – they swell in the body, transforming into an ‘eternal itch’ – one utterly untouchable. I continue drawing, as to scratch at that unreachable itching, that longing.” –Chihiro Mori

Born in 1978 in Osaka, Japan. Completed the Master’s Program in Painting at the Kyoto City University of Fine Art’s Graduate School of Art in 2005. Major solo exhibitions include 2006’s “Finger Pickles” at Kodama Gallery (Osaka), 2012’s “Pink Darkness” at Mujin-to Production (Tokyo), and 2017’s “Tennis Elbow,” at Satoko Oe Contemporary (Tokyo). Noted group exhibitions include 2007’s “The Age of Micropop: The New Generation of Japanese Artists” at Art Tower Mito (Ibaraki Prefecture), 2010’s “Garden of Painting – Japanese Art of the 00s” at the National Museum of Art (Osaka), 2013’s “Roppongi Crossing 2013: Out of Doubt” at the Mori Art Museum (Tokyo), and many more. Lives and works in Tokyo.