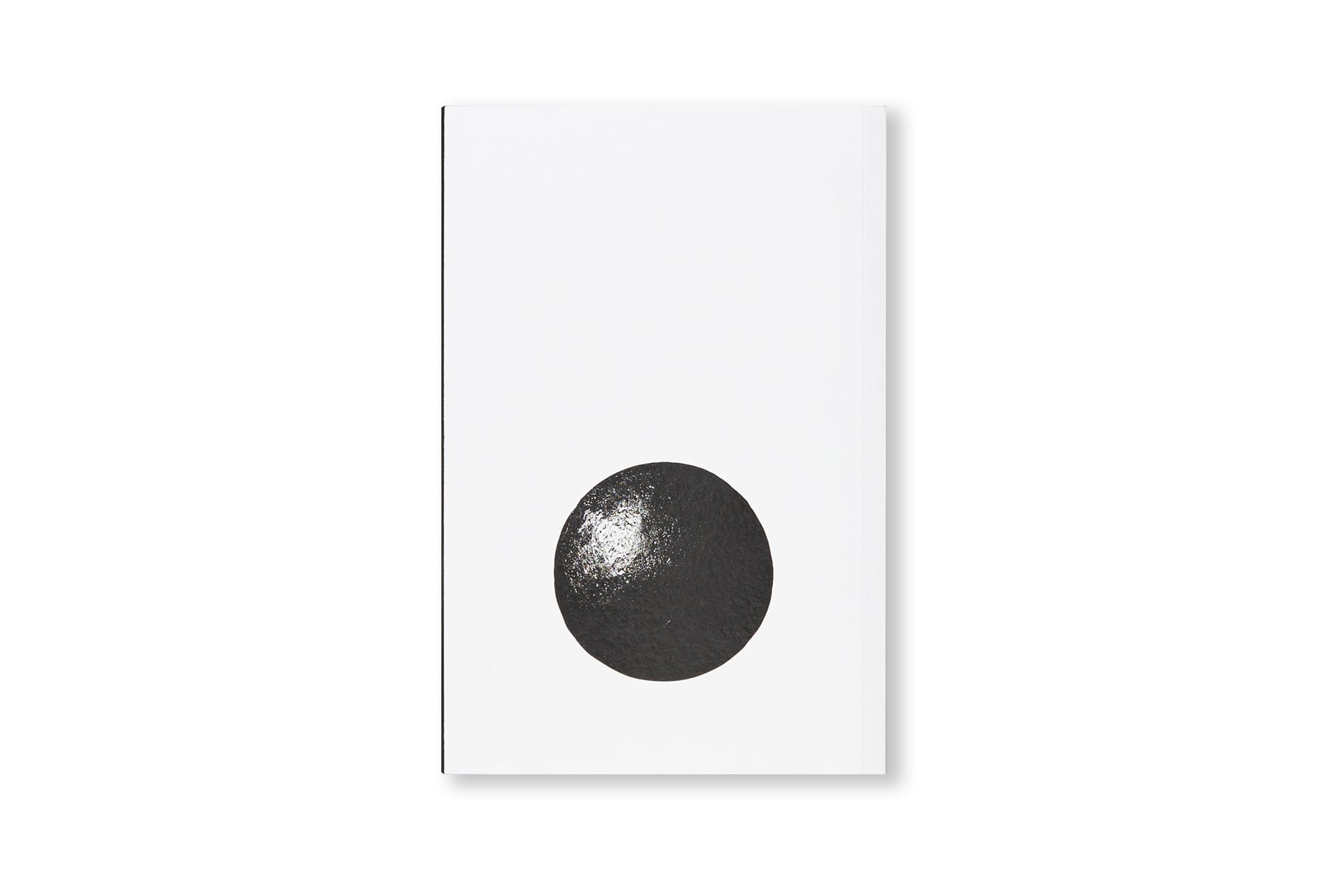 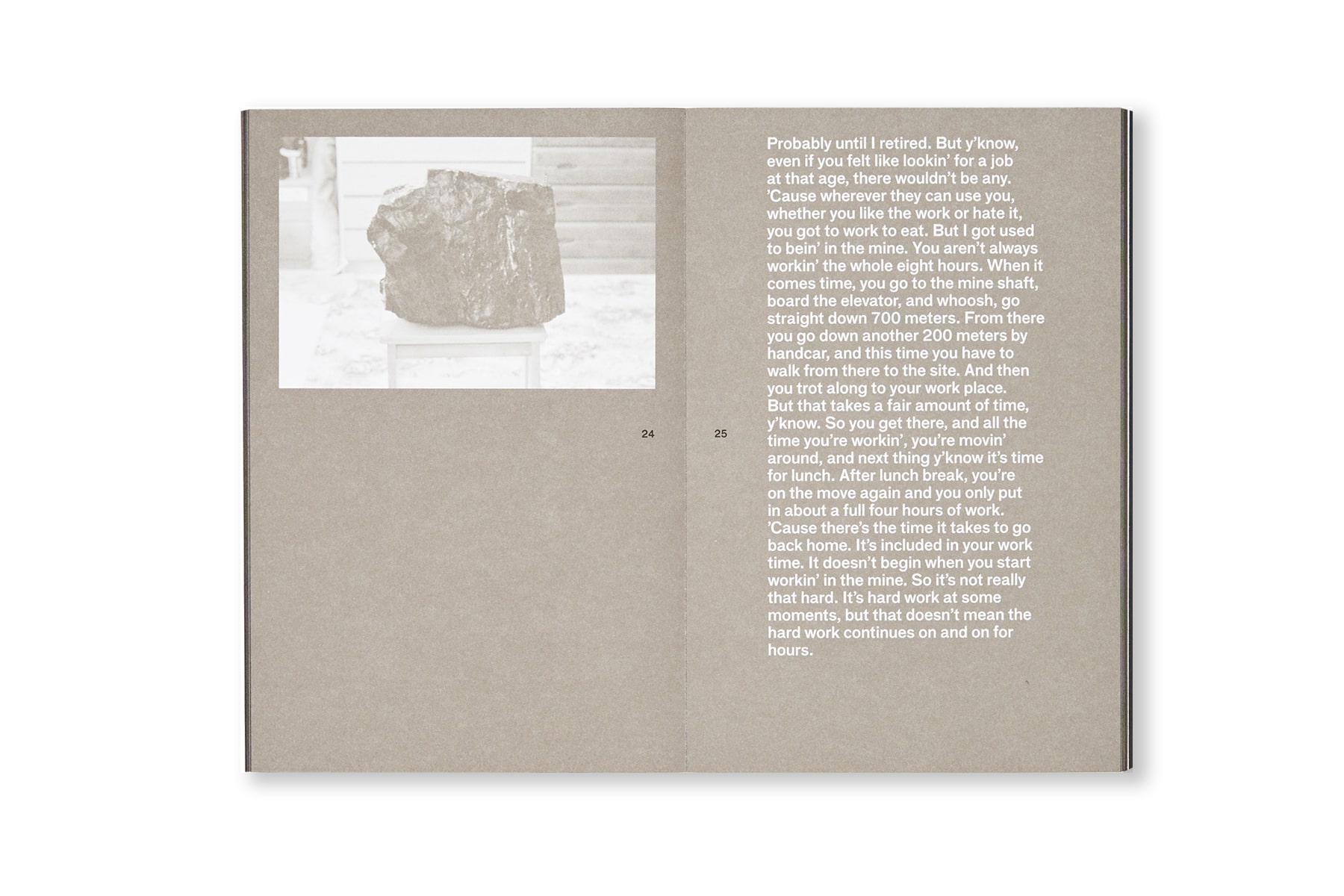 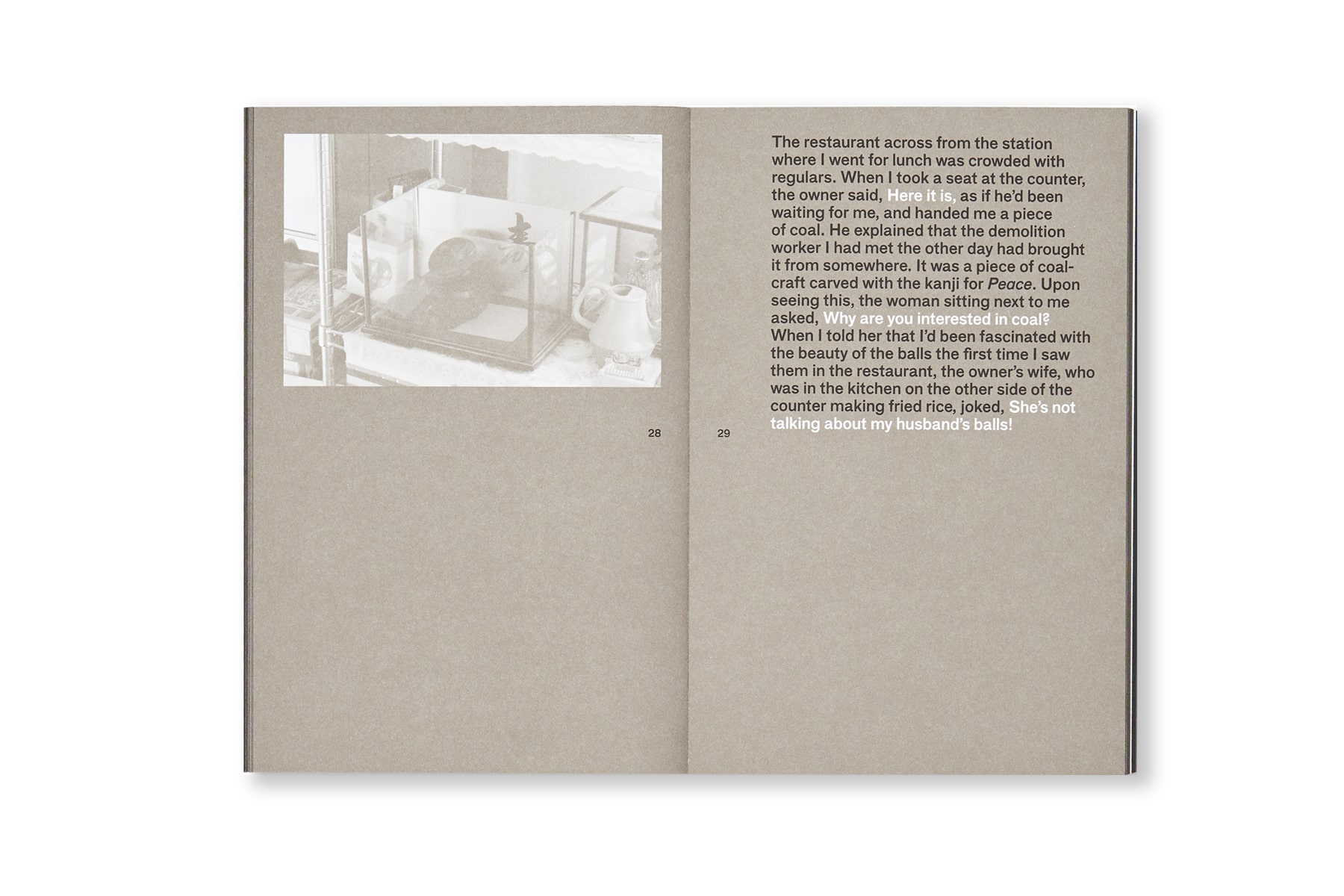 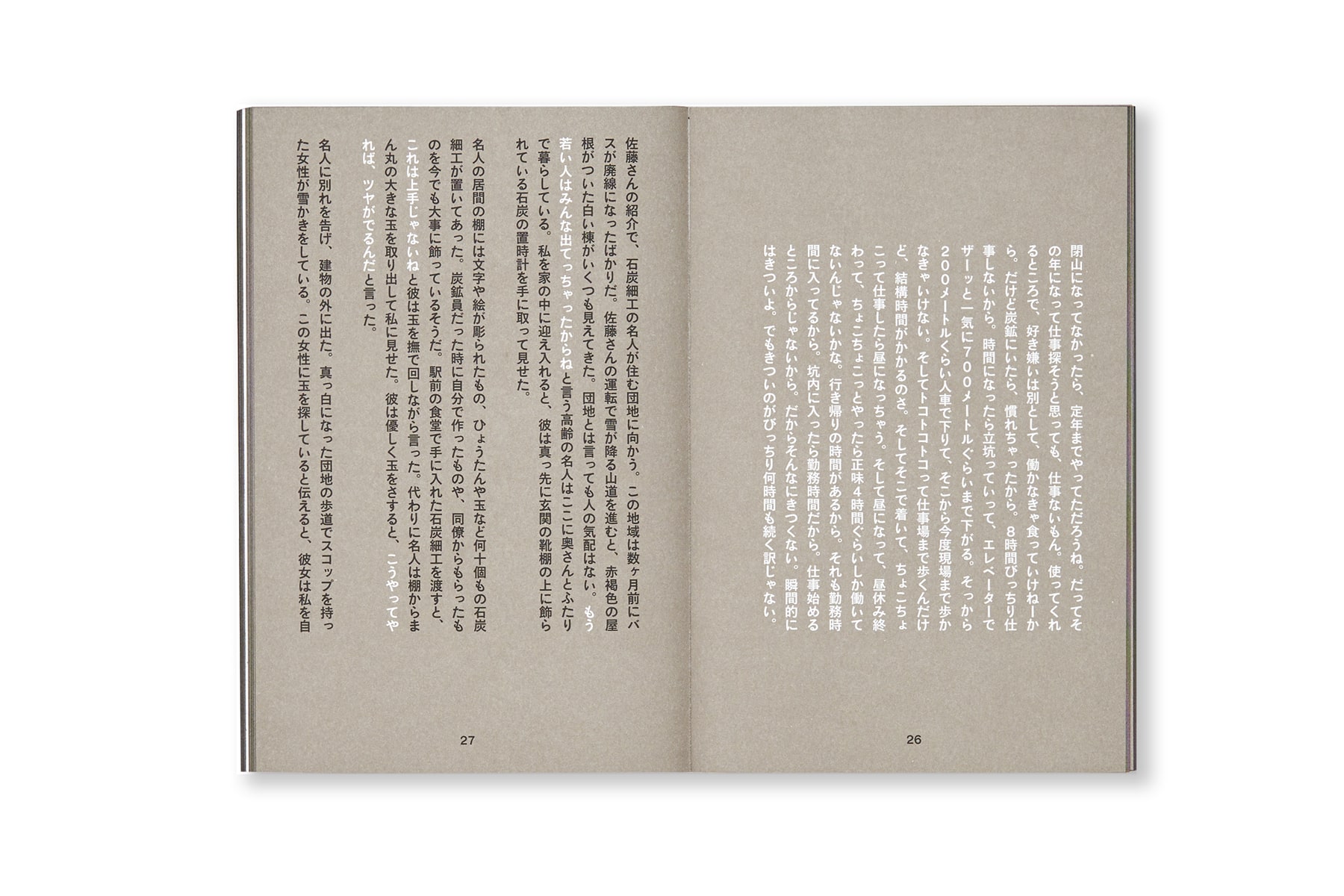 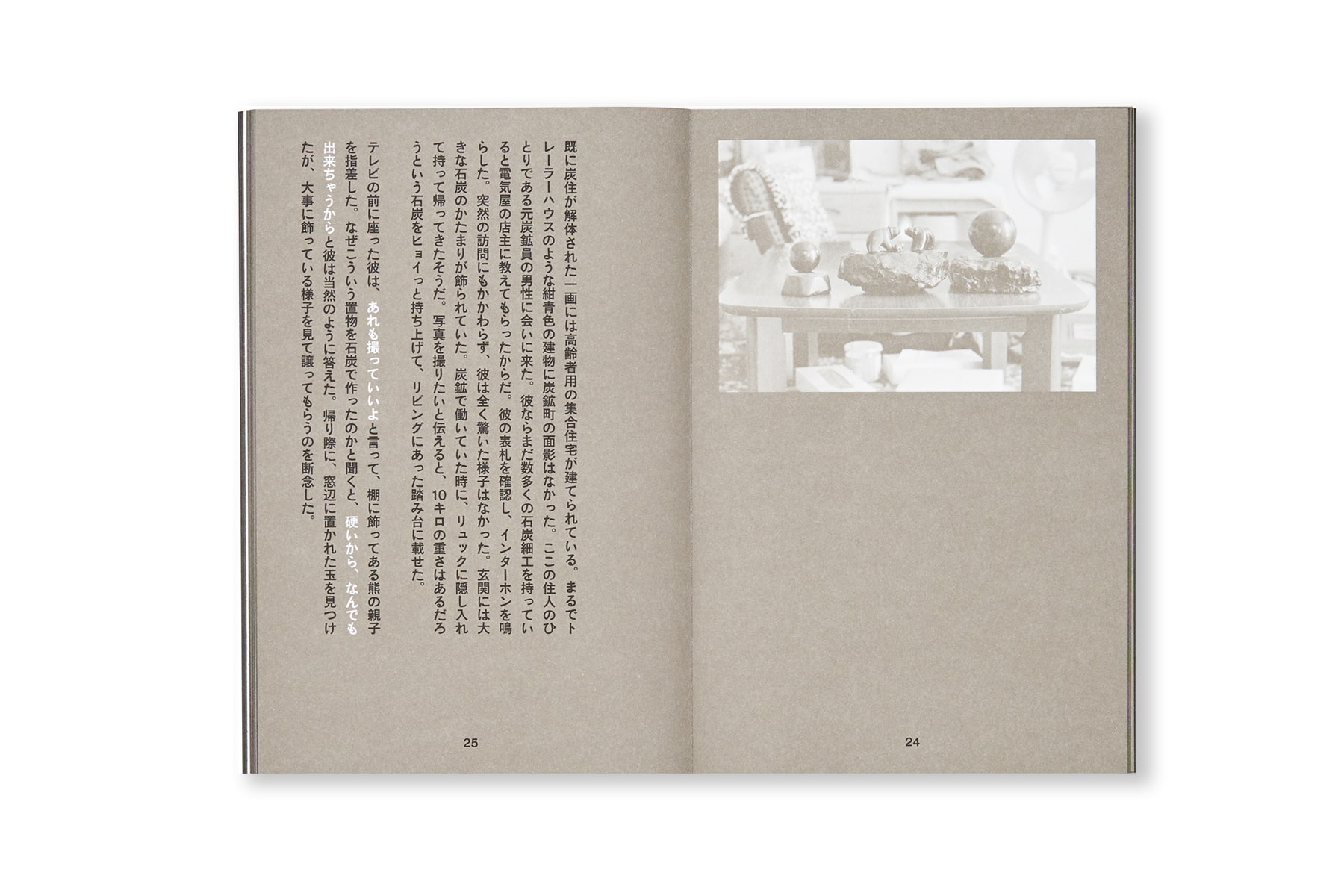 Located on the island of Hokkaido, the town of Yubari thrived as a mining town onward from the beginnings of the Meiji Era (1868-1912). It was here that a handful of adroit coal miners – with time on their hands during their break times – begin to use the coal in the shafts to carve unique sculptures. But with the mountain’s mining operations ceasing operations in the latter half of the 1980’s, the miner’s craftwork began making their way outside of the shafts; becoming the symbols of prosperity for the town. The spheres adorned the halls of dining establishments, the entry ways to people’s homes. In the present, cracks run through their visage: seeming to tell the story of Yubari itself – now marginalizing, its population thinning. Artist Mariko Kuwahara visited Yubari in winter of 2017, and in visiting a ramen restaurant within the town, she received one of these sculptures from the married couple who managed the establishment – so began her search for the black orbs that remained there. Throughout her month-long sojourn in Yubari, Kuwahara gathers a glimpse of the town’s essence by way of these orbs – insight that she has collected in humorous text and photograph. The collective of which is manifested in her book, Burning Love – her second stone-centered publication, following after her first work Stoneworker.

Amsterdam-based artist, born in Tokyo to a Japanese father and Dutch mother. Kuwahara made her way to The Netherlands at age 19, attending and graduating from the Gerrit Rietveld Academy while specializing in craft design. Kuwahara creates video and published works in a documentary style, centering around discussions with people belonging to smaller, unique classes or groups.www.marikokuwahara.com