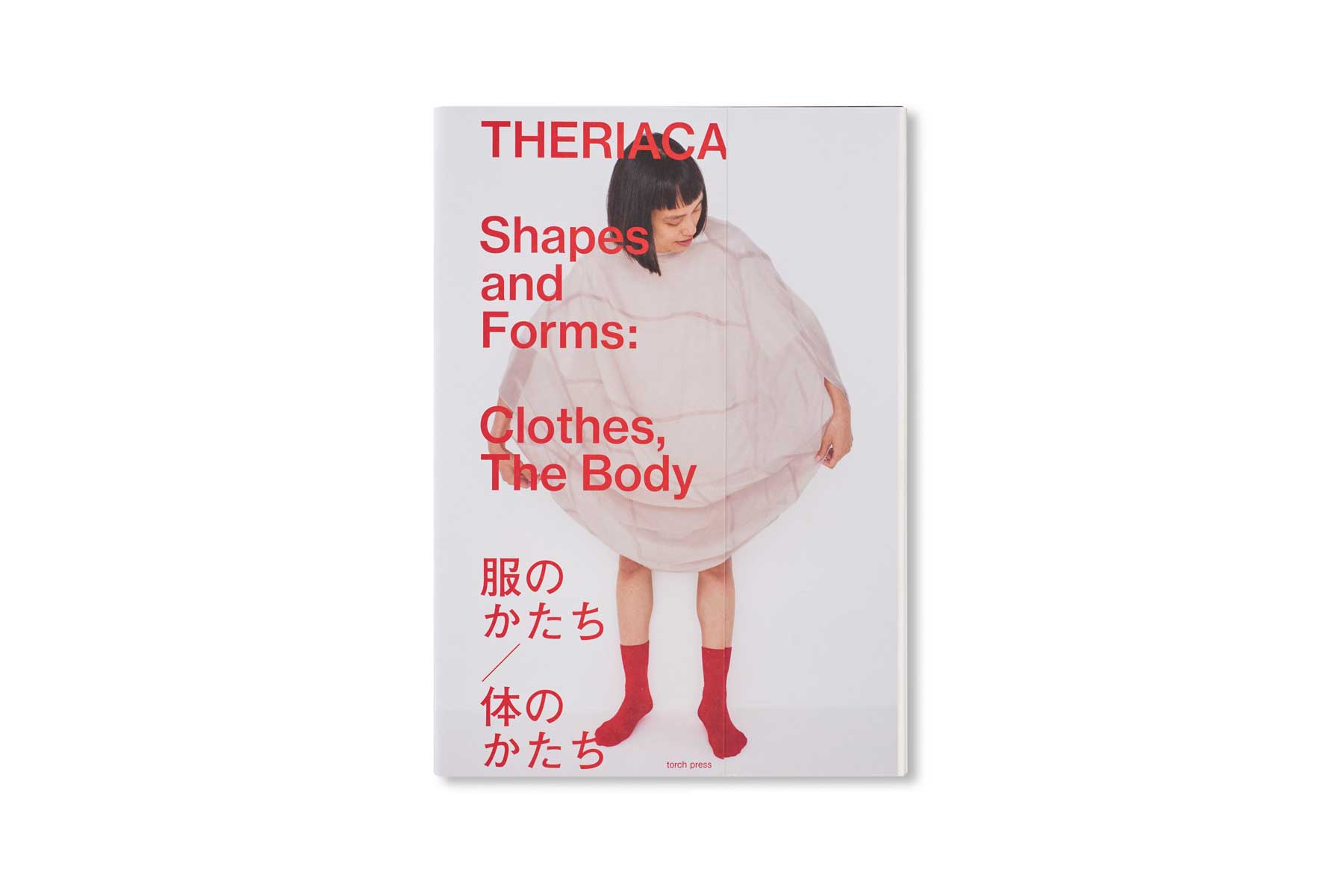 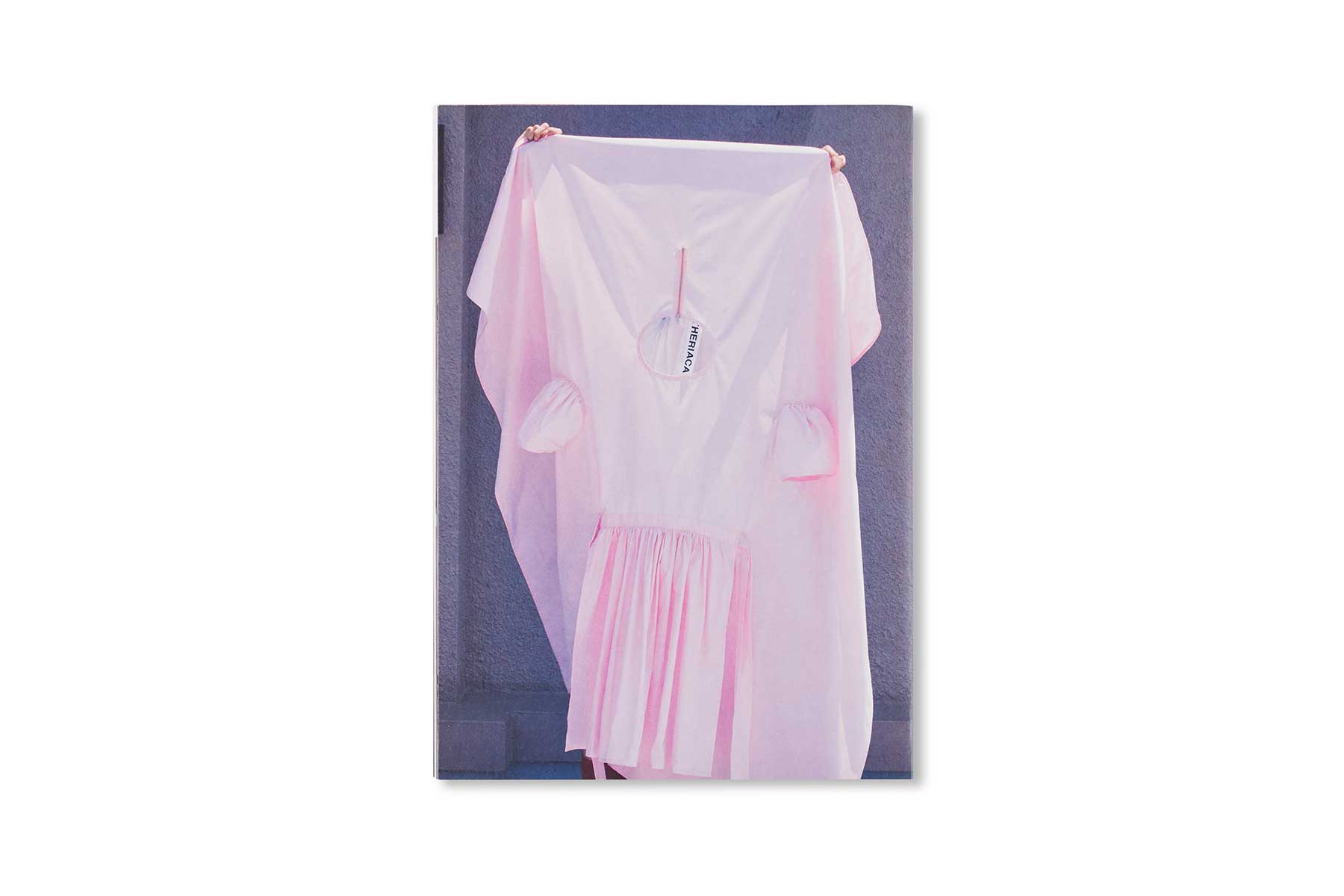 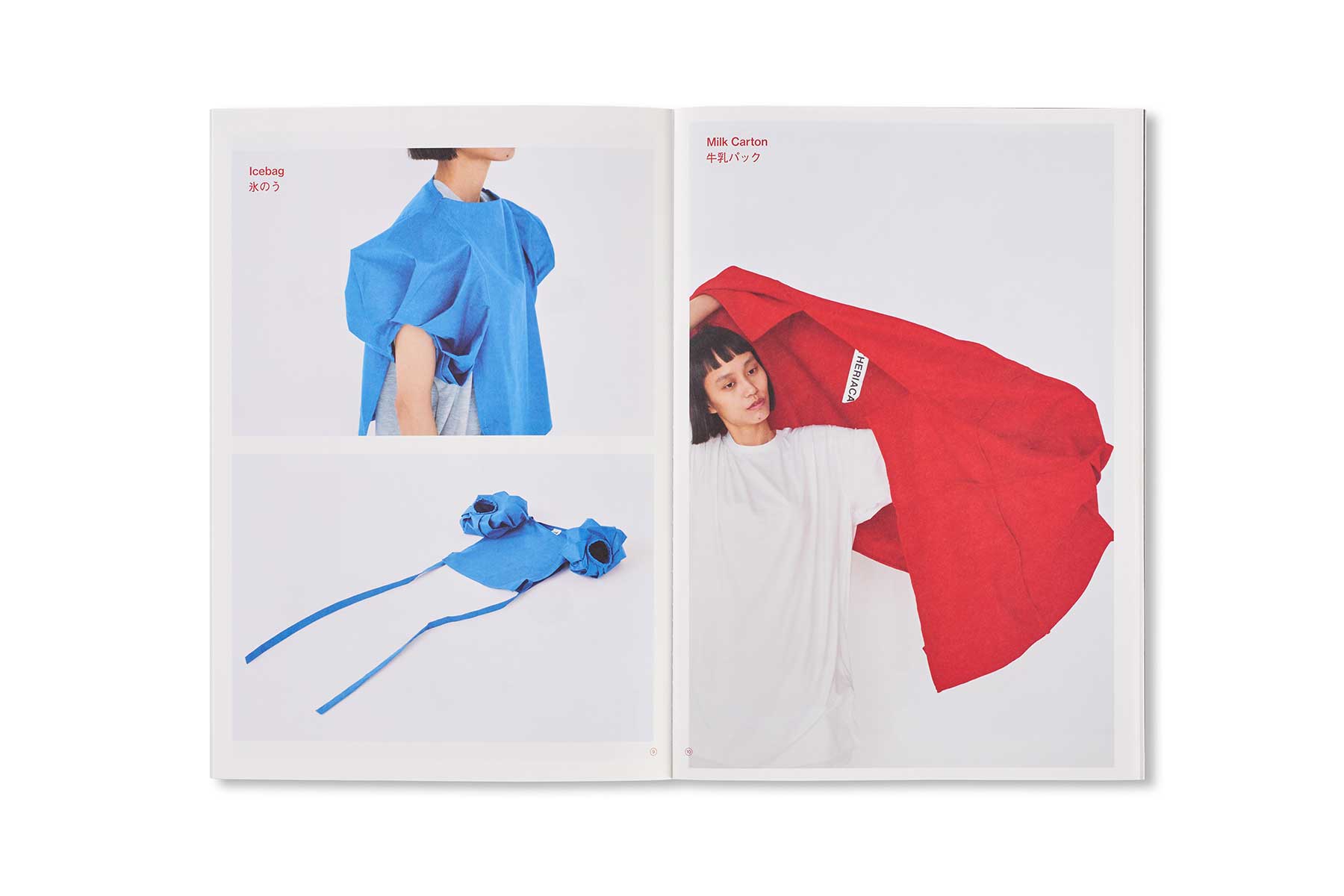 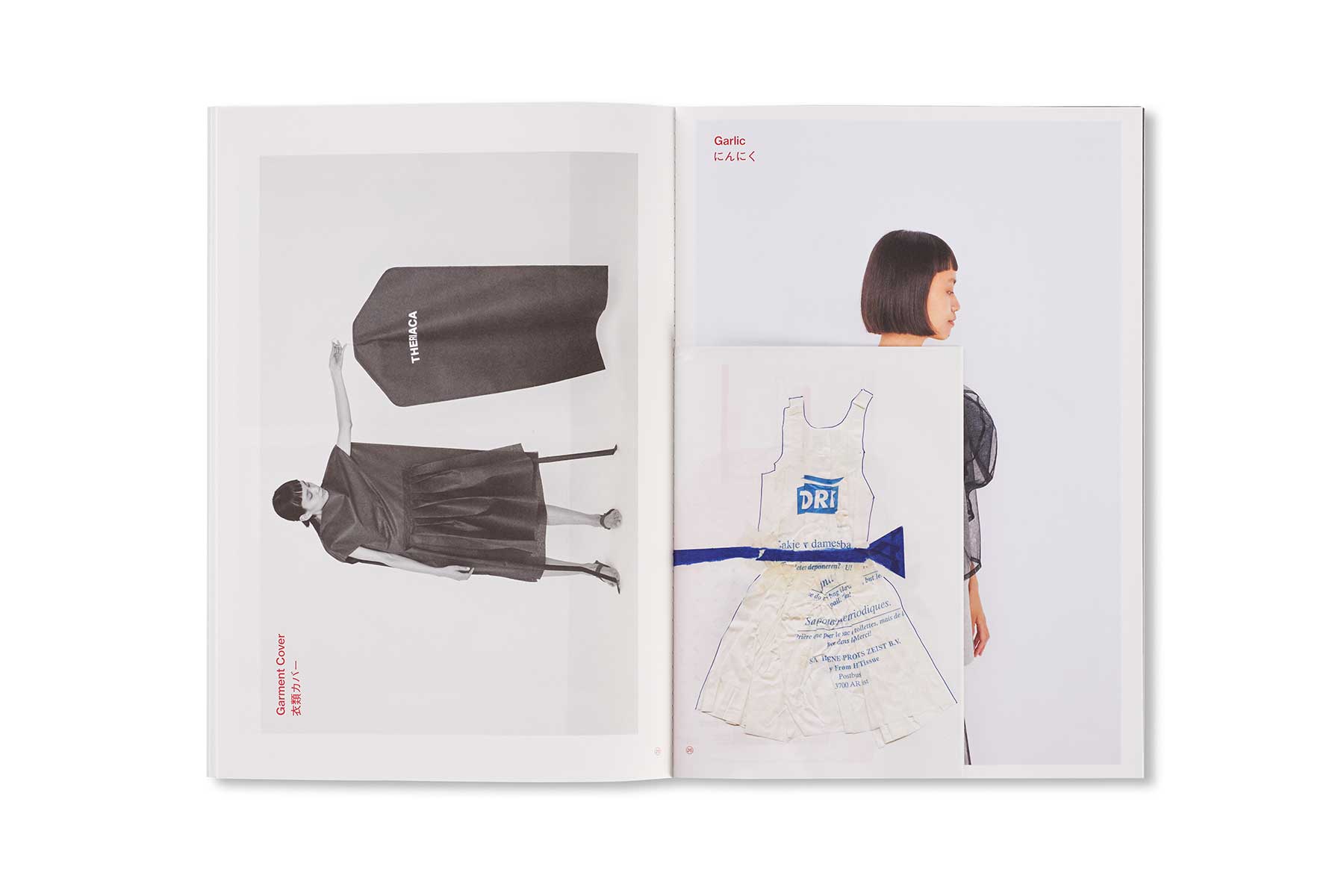 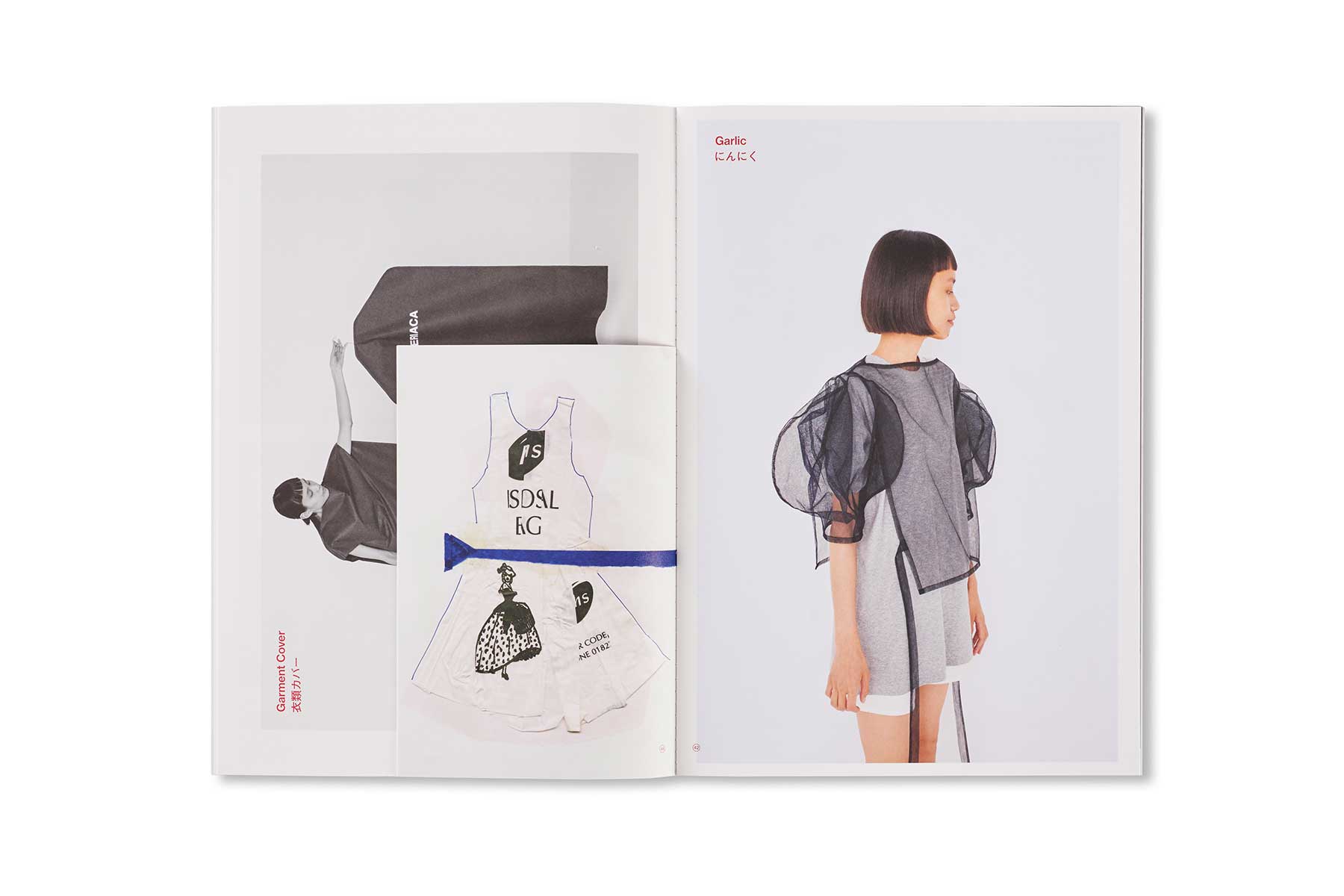 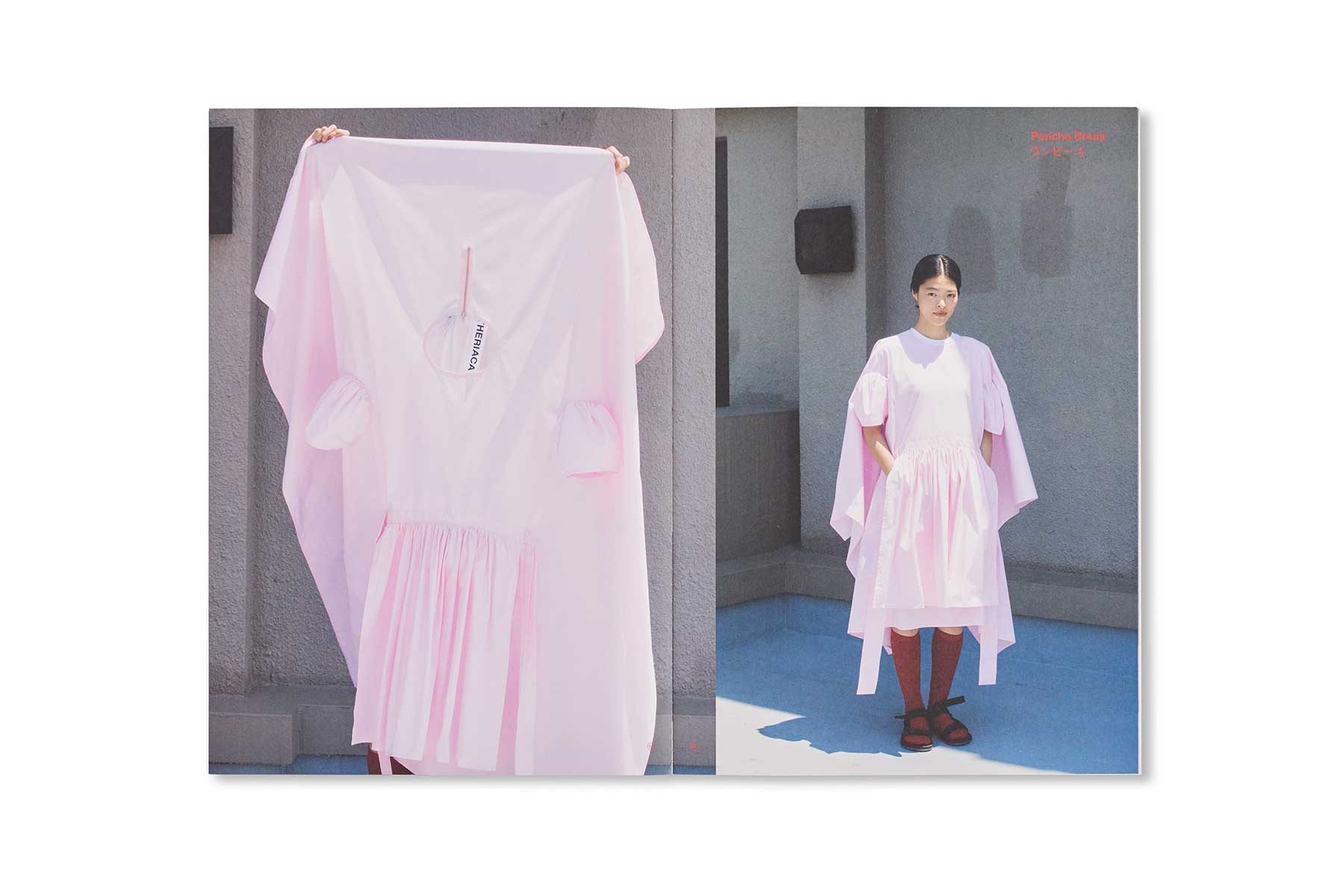 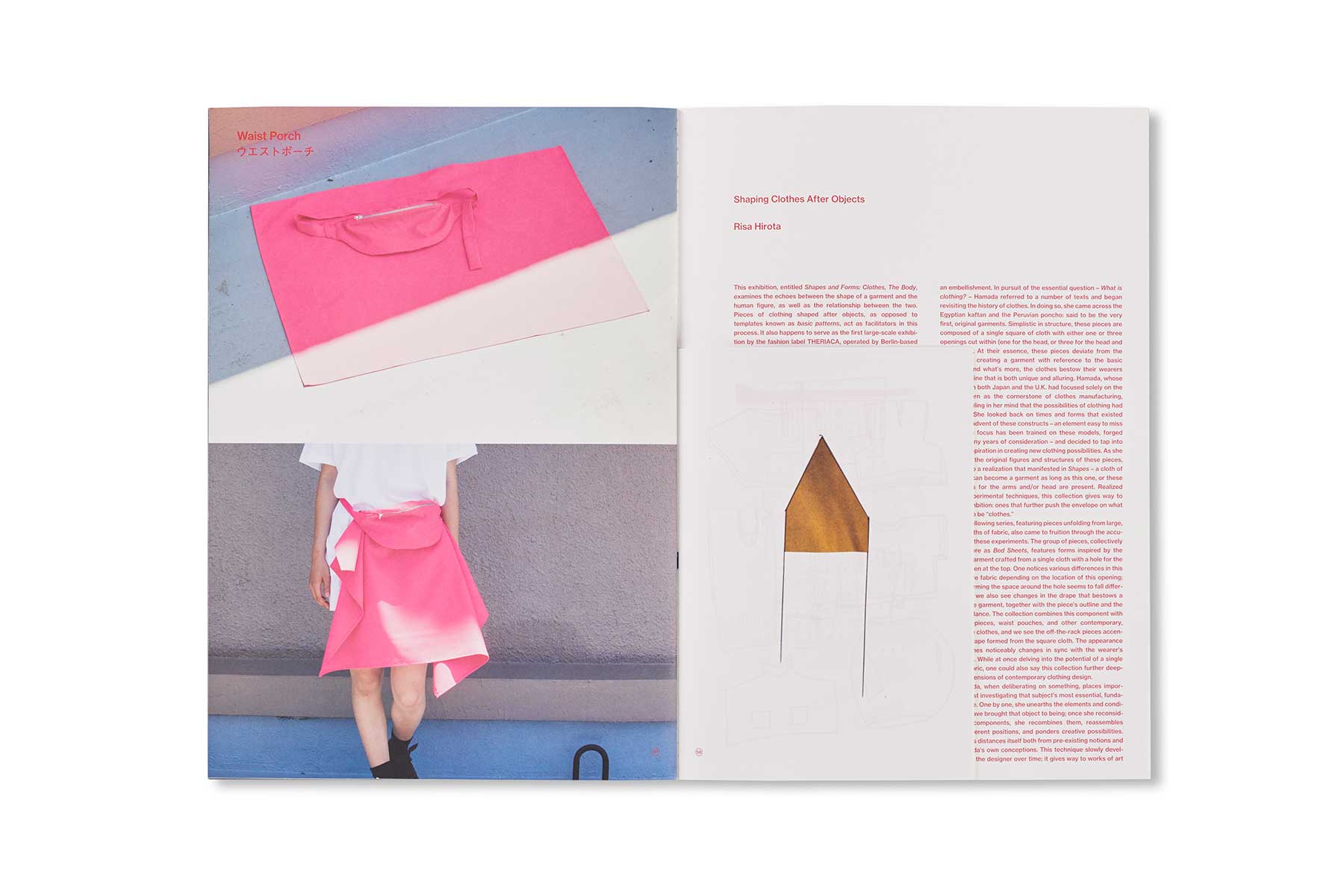 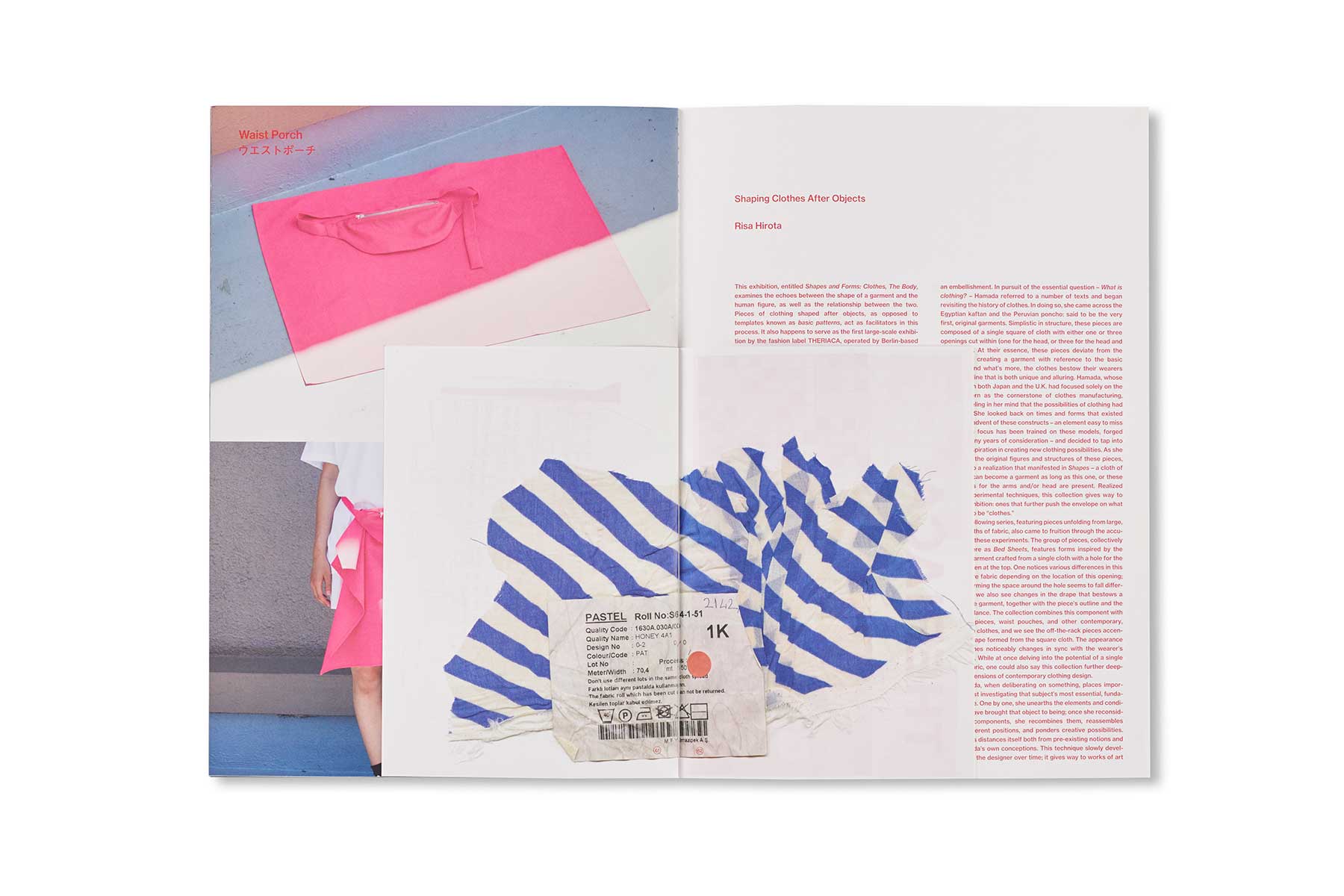 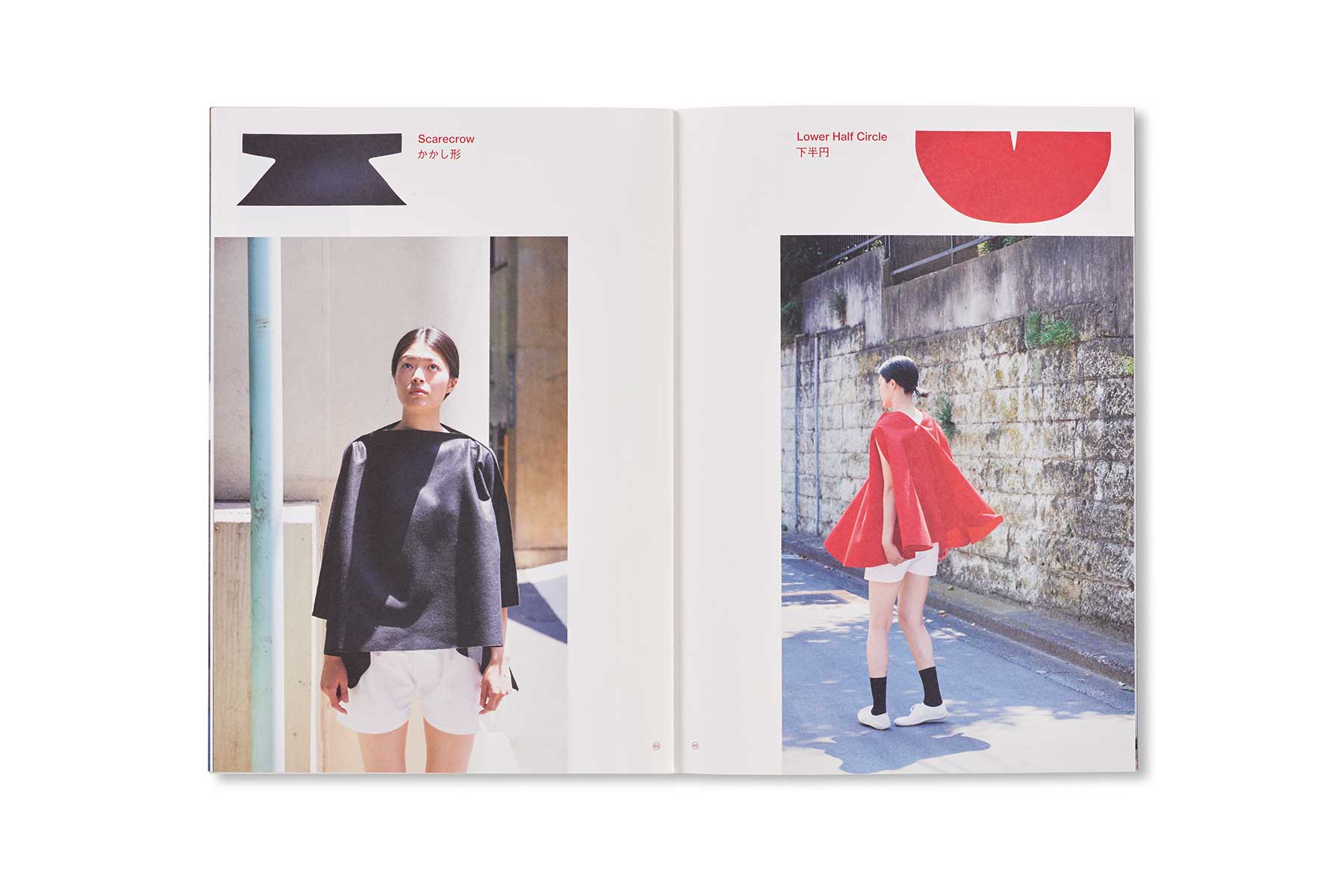 This volume was first published on the event of the first-ever large-scale exhibition for fashion label THERIACA, founded by Berlin-based fashion designer Asuka Hamada, at the Iwami Art Museum in Shimane Prefecture, Japan. In the text, we see Hamada ―constantly experimenting in the pursuit of new forms of fashion ― craft garments with shapes based off of “objects,” as opposed to those of human beings. One finds a collection of new pieces imbued with such forms, as well as other works that re-evaluate the most essential elements of clothing through Hamada’s own unique perspective.

The catalog is composed by three different parts: the first entitled Objects, which reimagines “objects” we are all familiar with into works of clothing; Bed Sheets, the second, reflects her inspiration in changing single pieces of cloth into pieces of clothing; and the third, Shapes, depicts geometric shapes, such as circles and squares, rendered into the forms of garments. This volume also serves as the first art-book for THERIACA, replete with ideas and design notes by designer Asuka Hamada. The pieces within are not the objects we are familiar with, while yet they appear different from conventional clothing; her works are peculiar, showing sophistication with traces of humor. Hamada seems to push the envelope of what we define as “clothing”: providing us with enjoyment while similarly proposing to us new forms of fashion.

THERIACA
The fashion label of Asuka Hamada, a Berlin-based fashion designer. Titled after a miracle antidote of the same name, Hamada hopes that her works serve as catalysts in further improving upon the quality of life of their wearers. The subject of steady acclaim and praise, her patterns transcend the confounds of traditional forms and give way to imaginative, new shapes. Her pieces have won over the hearts of many spectators: her style is light and graceful while jocose at the same time.

After studying textile design at the Kyoto City University of the Arts and Nova Scotia College of Art and Design (Canada), Asuka Hamada worked in apparel planning for several years before making her way to the United Kingdom. At the London College of Fashion, Hamada engaged in research on fashion design and pattern cutting ― first founding her own label, THERIACA, while enrolled there in 2014. Hamada relocated to Berlin in 2015, further expanding her sphere of activity. Making use of experimental methods, Hamada places distance between herself and the concepts of trendiness, convenience, and traditional conceptions in the pursuit of the possibility latent in clothing. Not only does she exhibit her clothes in galleries and museums and sell them within retail outlets, but she has released a variety of works, by way of book and otherwise, utilizing a variety of methods. Her authored works are “Katachi no Fuku,” (Uniquely Shaped Clothes) “Okina Fuku wo Kiru, Chiisana Fuku wo Kiru,” (Oversized Clothes and Fitted Clothes) “Piisuwaaku no Fuku,” (Piece Work Clothing) and “Amai Fuku” (Sweet Clothes), all released from Bunka Publishing Bureau.